Blog  /  Left Behind Items at the Airport 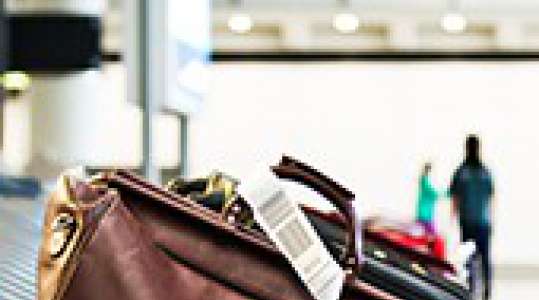 Left Behind Items at the Airport

It has likely happened to all of us at some point; you deplane and rush through the chaotic throngs of travelers only to discover you left something on the plane. But what option do you have now? What will become of your left-behind iPod or sunglasses and how can you get them back?

How can I get an item back?

As soon as you noticed you are missing something, contact an airline employee and let them know the flight you were on including flight number and timing. If you are still within the terminal’s secured confine you may be able to ask a Gate Agent to retrieve your item from the plane. If you have left something behind at the security checkpoint you will need to contact the TSA's Lost and Found. For items left within the airport public areas you must contact that individual airport's Lost and Found department.

I am so organized, why does this happen?

Many road warriors scold themselves for leaving behind an item, but forgetting something on a plane happens more often than you many think. Psychologists have studied this behavior and found it commonplace even for the most veteran of travelers. As we are often trying to juggle so many objects, trying to figure out where to go next and navigate an airport’s terminals it can slip our mind that we placed our reading glasses in the seat pocket.

What happens to unclaimed items?

As many of these items do not contain contact information, they are left in the airlines' Lost and Found for several weeks to months depending on the airline. After that unclaimed items are sold or give away.

Some of the strangest items left behind on an airplane or at an airport:

More on our blog ⟶

Tips for Traveling with Your Boss